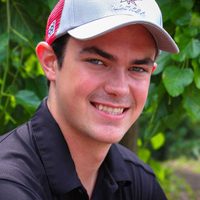 As a military brat, Asa grew up playing club hockey just about everywhere; North Carolina, Japan, Washington, and Texas. He played four seasons of Junior A and played semi-professionally in Sweden. He began his junior career at age 16 when he moved to northern Ontario to play for the Sturgeon Falls Lumberjacks in the GMHL during the 2011-2012 season, and the team won the league championship. He played there for two seasons, and then went on to play for Hofors HC, a Division II team in Sweden, as well as on their J20 Division I team for the 2013-2014 season. Due to travel visa issues, he was unable to return to Sweden and instead played for the Pittsburgh Vengeance in the NA3HL, and was later traded to The Texas Jr. Brahmas in the same league.

Currently, he is attending school at Tarrant County College for core classes with plans to transfer to the University of Texas where he will major in Exercise Science with a minor in Business. This is all in the effort to become a higher quality coach and teach future generations how to play the sport he loves.

Asa says, “I didn’t realize that this was my dream until I was given the opportunity to become an instructor at Townshend Hockey Skating Systems. I attended the program myself when I was 14 and 16, and every summer I practiced what Graeme had taught me. I became the player I am today because of him. I am honored to be a part of his program, and look forward to hopefully inspiring kids as much as he has inspired me.”