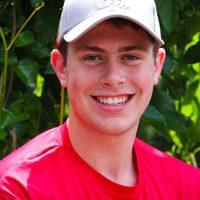 Mike has been playing hockey since he was eight years old. Growing up, he played for the New Jersey Bandits, a youth travel program based out of New Jersey and then played two years of high school Hockey for Indian Hills High School in Oakland, NJ. At the age of sixteen, he made the jump to Junior Hockey and went to play in Massachusetts for The Junior Islanders Hockey Club of the United States Premier Hockey League. He has been with the club for two years now and will be playing with them again next year. His future goals include playing college hockey.