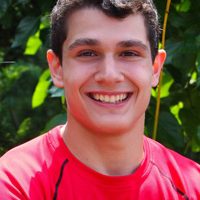 Misha began playing hockey at the age of 6 and soon after became a Townshend Hockey student. He played competitively at the AA/AAA level until last year when he made the jump to Junior Hockey. His plan is to play at the college level while attending Babson College next year.

Misha enjoys working with kids because he has gone through the experience of developing as a hockey player so he understands what a young player is looking for. He would like to try and contribute to future kids’ success in hockey.