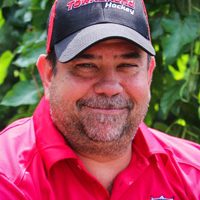 Neil has over 30 years of hockey experience. He has been with Townsend Hockey for three years now. He played for SUNY at Canton, where he won two National Junior College Hockey Championships in 1981-82 & 1982-83. Upon returning to Rhode Island he coached his alma mater Smithfield High School to three state championships. From 1997-2003 he was the head scout & skating skills coach for the Lincoln stars of the USHL. Following that he became the GM of the Bridgewater Bandits of the EJHL and was one of the founders of Hub City Hockey. During this time he worked as a skills coach with Paul Vincent. He was the assistant coach of Tabor Academy in 2005 when they lost in the finals to Cushing Academy. Neil is now the Coach of his son Robbie’s AAA Bridgewater Bandits 05 team and also the New England Scout for the Chicago Steel of the USHL .