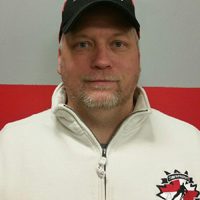 Neil has been a member of the Townshend Hockey staff since 2010. He spends his vacation time each summer keeping all the behind the scenes areas running while we focus on hockey both on and off ice. You will most often see him tending to kids’ needs, ensuring that they have healthy snacks between ice sessions, and selling merchandise but there are also countless things that he does that you won’t see. In addition to his full-time job as a Juvenile Probation Officer, he is the director of off ice training for Maine Hockey Academy. Neil’s athletic background comes in the form of soccer but with two boys playing hockey year round, hockey has become a passion for him as well.